I got “unliked” for taking the Food Stamp Challenge on my Green Spiral Facebook Page last week.  I was equally unprepared for the interest people would take in the challenge, and the rich conversations that followed as the week unfolded.

Championed by food activists and faith groups, The Food Stamp Challenge is a nation-wide program designed to raise awareness about hunger and healthy food.  The basic idea is to eat on a food stamp budget of less than $31 per week, or $1.50 per meal.  That means $5 dinners for a family of four.

My purpose was to look at the Food Stamp Challenge through the lens of sustainability, so I bent the rules of the game from ‘no cheating!’ and ‘no sharing!’ to that of deepening empathy and cultivating understanding; the point of the exercise was certainly not to inflict pain.   I basically kept myself to simple meals and served $5 dinners, invoking a discussion around the family dinner table each night.

Taking the challenge a week before Thanksgiving turned out to be a handy way of eating down the pantry while increasing appreciation for a feast in the making, thus preparing the heart for giving true thanks.

The Food Stamp Challenge will come around again, so watch for it; I encourage you to embrace it and adapt it as you see fit.  If reading is inspiring, experience is the best teacher, and reflective writing fixes the learning into place.  Doing the Food Stamp Challenge within a community of writers and bloggers heightens the learning and support; in my case, the original inspiration came through Rabbi Susan Talvey and the Central Reform Congregation (CRC).   I am forever changed for the better after one short week, and gladly enter this season with a bigger heart, and after making a contribution to a local food bank, a lighter gait. 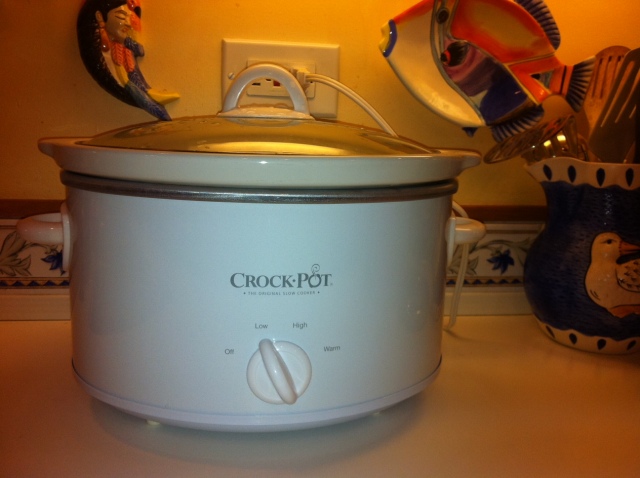 Lesson from Day #1:  Meat is dear, so I skip lunch in order to serve chicken for dinner.  Indeed, mothers all over the world skip lunch everyday in order to put food into the mouths of hungry babes, and since roughly half of recipients of food stamps are children, that’s a lot of hungry mothers out there.   I skimp on lunch all week and fuel empathy for the hungry mothers of the world.  It’s a hard enough job on a full stomach.

In anticipation of Sunday Dinner, I google crock-pot chicken and I bake brown rice in the oven, skipping the vegetables, not that the kids noticed or cared.  Even so, I’m hungry, and there’s not nearly enough food; the kids get up and make themselves another dinner in a pattern that follows all week long. (Other than suffering through the daily dinner discussion, my family was largely exempt from the Food Stamp Challenge.) I begin to lose weight, an unanticipated benefit.

Menu:  Dark meat chicken in the crockpot for six hours on low, 20 cloves of garlic and one cut-up onion. S&P. That’s it!  The chicken makes it’s own broth.  Somewhat bland, but that’s how kids like it!  Bake brown rice in a small covered casserole dish in the oven:  combine one cup of rice plus two cups of water and bake at 350 degrees F for roughly one hour.  Never worry about burning rice again. 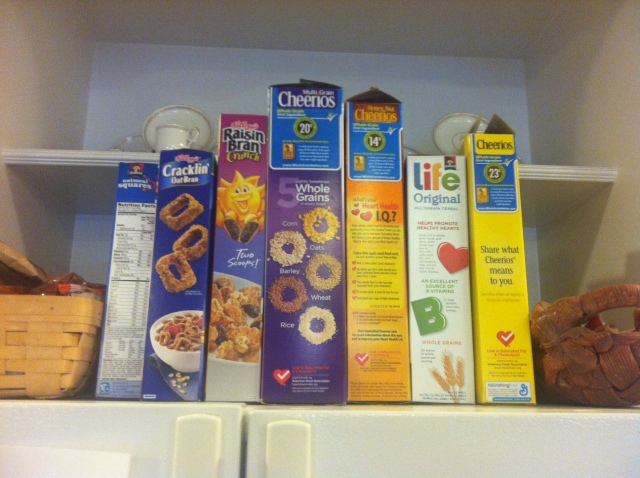 Lesson from Day #2:  Addictions rise up like monsters, and the thought of being forced to give up an addiction, like sugar or coffee, makes one cling to the addiction ever more tightly.  I trade in a few cappuccinos for green tea, and throw an eye over the expensive stack of breakfast cereal on top of the refrigerator, knowing that in a real world situation, they would have to go.

To eat inexpensively AND healthfully, processed foods would have to be dumped in favor of grains, so I eat a simple breakfast of oatmeal all week.  I break the budget with a handful of walnuts for both protein and good fat, and repent with the proper amount of gratitude.

Menu:  Pinto beans in the pressure cooker, brown rice again, and quesadillas for dinner.  Not much different that a typical “Meatless Monday” night dinner at our house.  I harvest the last cherry tomatoes from the garden for salsa, and get mad when I drop one or two and can’t retrieve them.

Lesson from Day #3: Traditional foods are traditional for a reason, it’s how women the world over have fed big hungry families for generations beyond counting.  When meat is scarce, and bellies are hungry, grains fill the gap.

Much of the world’s population can afford only small portions of meat, dovetailing neatly with the sustainable practice of eating less meat, albeit of better quality (per writer Michael Pollan). At the moment, the best sustainable practice for meat consumption seems to hover around one chicken per week, along with some fish, and a fist-sized serving of other meat.  Fill-in-the-blank with beans, lentils, other legumes and quinoa.  If I write about milk, people will have their opinions about that.

Grains feed a hungry planet, and while as a whole we may be malnourished, we are alive enough to procreate bountifully, passing the 7 billion people mark in 2011, and exponentially going up.  With more than 2 billion people living on less than $2/day, my house suddenly feels both big and cozy at the same time, and a simple pasta dinner becomes a feast. I point out that the pasta sauce has half the meat we might normally eat at a family dinner, but nobody seems to notice or care.

Menu:  Pasta, sauce, and a zucchini, which broke the budget by a dollar. 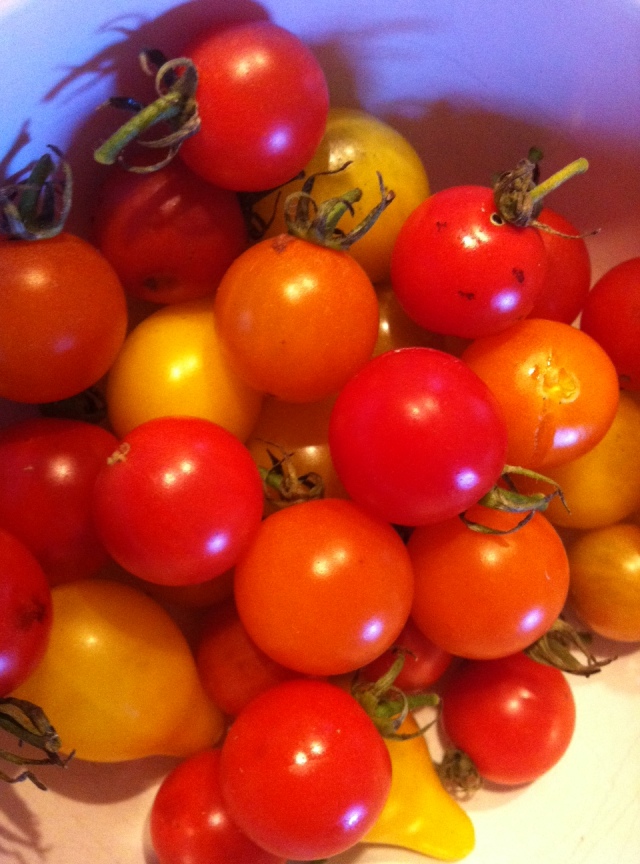 Lesson from Day #4: Eat soup, and share.  Soup turns out to be filling, nutritious and remarkably inexpensive, especially if you make it yourself, including the broth, from Sunday’s chicken bones.  It takes time or a day off, and some skill and practice, but you can bank it in the refrigerator and whip it out for a superfast meal after a hard day at work.

One of the biggest problems that comes from living on a strict budget is boredom — it’s boring to stay home and eat the same old thing every day, and leftovers go to waste.  When you’re hungry, ‘Zero Waste’ becomes a survival strategy, as do sharing, trading and cooperation. One dollar can hardly get you dinner, but bundled together with the dollars of six hungry roommates, those dollars can get you a decent pasta dinner, if you know how to cook.

It would be difficult to escape poverty without access to community, economies of scale or transferable skills, “that’s why teaching cooking is so important in inner city schools,” notes friend and cooking teacher Beth Diamond. With the internet, a cooking coach and a supportive community at my fingertips, I was fully challenged (and mostly failing) to put healthy food on the table, thus earning me a deeper understanding of the impossible task of eating well on a Food Stamp Budget.

Knowing boredom and waste would be a problem, my friend Amy and I agreed to swap soups at the start of the challenge.  Sharing brings up the question of situational vs. generational poverty, which turns out to be a crucial distinction, especially in one’s own mind.  Most people who get Food Stamps use the program as a temporary emergency measure, and my situation was definitely temporary.  We swapped soups, and my husband loved it.

Menu: Butternut Squash Soup, Noodle and Bean Soup, and muffins as a gift.

Soup Recipe:  One butternut squash, peeled and diced. (On a better day, you can buy squash pre-peeled and pre-diced in the grocery store).  2 carrots, chopped.  Saute one shallot in oil or butter, add squash, carrots and chicken stock. Simmer for 20 minutes until squash is softened.  Season with the following:  1 tsp coriander, 1 tsp turmeric, ½ tsp. cumin, S&P.  Easy delicious recipe from my friend Amy, but beware, peeling the squash is a chore.

Lesson from Day #5: Eat from the garden.   Only five days into the Challenge, other blogs suddenly went wobbly, and we had a mild meltdown at our house with the kids shouting out they were “sick of the Food Stamp Challenge!” which I thought was pretty funny considering we had eaten pretty close to our typical weekly menu, and they didn’t even have to think it up, shop for it or cook it. They did have to do the dishes.

However, deprived of veggies all week, I couldn’t take it myself anymore, and broke the Challenge with a spinach smoothie equivalent to a whole day’s worth of food.  It became abundantly clear that while grains rule the day, a hard daily choice must be made between proteins and veggies, and while I could happily choose veggies, the mother in me kept choosing protein for my menfolk.  The only possible way out of the box would be to eat free food, the kind you grow outside.

Here’s a photo of ‘My Little Garden Barrel,’ which produces a surprising amount of food in very little space.  (It sells for $54 and ships from right here in Missouri.  Here’s a link:  www.mylittlegardenbarrel.com).  The first frost of the season whacked my lettuce just as the food challenge began, which made me sad, until my gaze landed on the bok choy so prevalent in Chinese cooking.

We came close to chucking the Food Stamp Challenge in favor of Chipotle on Thursday night, but I suddenly remembered the potstickers my family loves, and inspired by the bok choy, I made fried rice for dinner.  In hindsight it seems silly that it took a hard frost and the Food Stamp Challenge for me to realize that refried rice isn’t just another nifty offering on the menu, it’s how mothers in China solve the daily dinner dilemna with zero waste by turning leftovers into something their families will actually eat. 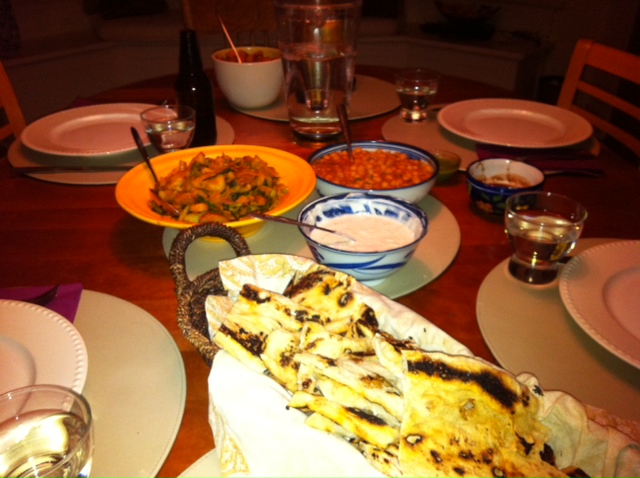 Lesson from Day #6: Be charming and get invited to dinner.  There are plenty of people in the world who would happily trade food for something else of value, like entertainment, and mercifully, my cooking coach invited us to dinner on Friday night while agreeing to keep the cooking within budget guidelines.  Here’s her link, I’m hereby trading free advertising for my dinner: www.diamondkitchenstudio.com

Beth Q. Diamond, of Diamond Kitchen Studios, teaches inner city kids and suburban moms how to cook beyond the recipe. As Beth says, “ethnic cooking is just home cooking in somebody else’s kitchen!”  Here’s the Indian dinner she whipped up, for which we were more than grateful, and because we’d been hungry all week, we ate far too much: 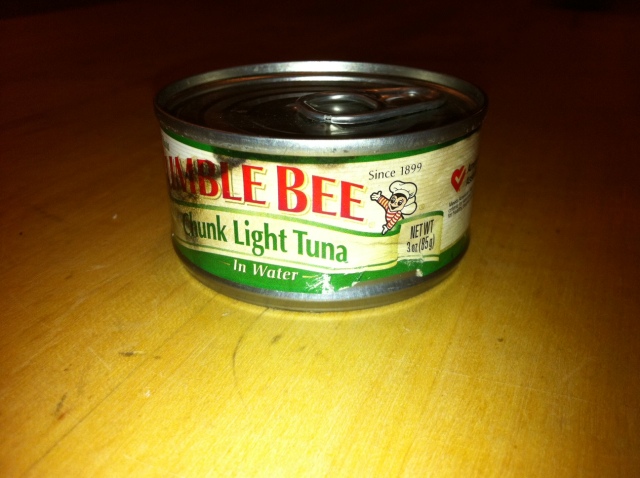 Lesson from Day #7:  Mom’s home cooking.  Out of ideas and out of inspiration, I was thinning the canned goods for the Boy Scout Drive on Saturday when I uncovered the last dinner for our Food Stamp Challenge:  Tunafish casserole.

Necessity is the mother of invention, and the apple never falls far from the tree.  A trip around the world of traditional foods inspired by Mexico, Italy, China and India brought me back home to the Heartland where I grew up, and to my mother’s tiny kitchen table where she fed six kids and a family of eight, night after night on a limited budget.  Especially when stressed, we fall back on what we learned around the family dinner table, if we are lucky enough to have dinner and a family at the table at all:

Menu:  Half bag of year-old noodles, cream of chicken soup, smallest can of tuna fish in the world.  Cheated and added a handful of frozen peas.  Milk for kids. No veggies.

On Sunday: After the Challenge, we went to Chipotle to celebrate.  One more thing — when you’re hungry, you suddenly realize that the cute little dog would have to go.

Promoting education, preservation, and awareness of French Creole heritage and culture in the Mid-Mississippi River Valley.